It’s that time of the year where Epcot’s diet is over and the park is in full festival mode. That’s right, The International Food & Wine Festival is back folks and I’m here to give you the deets on the good and not so good items we’ve tried so far!

We loaded up our Food & Wine gift card with $50 and made our way around the park. Before we left we had items in mind that we wanted to try. We didn’t get to try everything we wanted, but that’s ok since this festival goes until November.

With our $50 gift card we were able to get four food items, two flights and a fromosa (frozen mimosa). And actually, we still have $5.50 left over so honestly we did pretty good. And EVERYTHING we ate was amazing and we would 100% get it all again.

So without further ado, here is what we ate!

Our first stop was over at the Ireland booth for the Warm Irish Cheddar Cheese and Stout Dip served with Irish Brown Bread. Highly recommend, it was delicious. The stout dip actually kind of tasted like stout. Usually with any type of beer dip you can’t taste the beer, this was not the case. The bread was warm and tasted super fresh. And the two together were a perfect pairing.

I do want to add, we wouldn’t normally eat this because it’s just too hot outside for warm cheese dip lol. But we were at Epcot on a nice breezy overcast day so it was ok with us. I give this dish an 8/10. 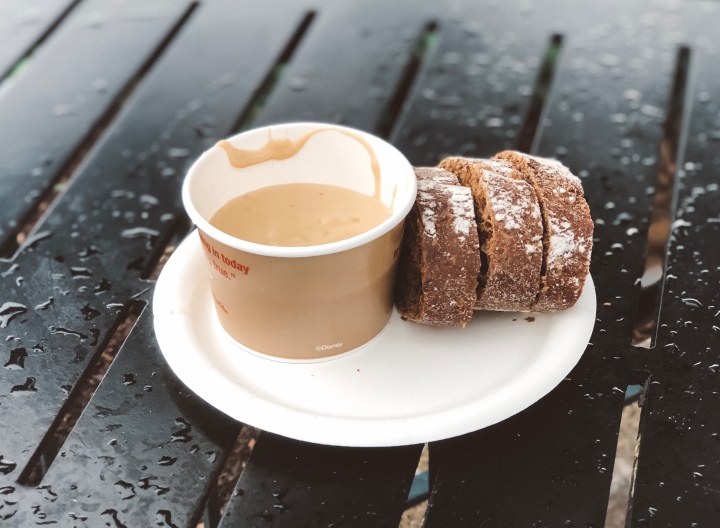 Next up was the Belgium booth. And no we didn’t get the waffles. Although I will go back to get the chocolate one because it’s damn good.

What we did get though was the Beer-Braised Beef with Smoked Gouda Mashed Potatoes. It really doesn’t look all that appetizing but oh man it it. The beef was super tender and the mashed potatoes were top notch. And although I would get this again others on the list top this so it’s gets a 7/10.

This next food item WAS MY FAVE. Guys, it’s SO GOOD. It’s the Teriyaki Chicken Bun for the Japan booth. It’s a steamed bun filled with chicken, vegetables and sweet teriyaki sauce. I went into this day knowing I wanted it because everyone kept saying how good it was and they did not over sell it. It was delicious. I’m not always a fan of the steamed buns but this one didn’t bother me at all. The flavor was great and I can’t wait to eat this again. 10/10.

Our last food item of the day can be found at the Mexico booth. We ordered the Short Rib Tostada which was a corn tortilla topped with short rib, black beans, salsa verde and spring onion. This was Mike’s favorite, and came in at number two for me. The flavors in this were really good and the short rib was really tender. The corn tortilla was really crispy which added a good crunch to the dish. 9/10.

We are all about the flights at any of the Epcot Festivals. If you recall in my blog post 10 Tips to Master Food & Wine I mentioned that they are the way to go because they are $9 for three beers. Individual beers are usually $4.25ish and they are only slightly bigger than the sample that comes in the flight. So it’s really a no brainer.

The first flight was from the Light Lab and it was the RGB flight. This was a fun flight, and in my opinion the better of the two flights we got. In this flight was Playalinda Brewing Co. Red Cherry Tart which came in first in terms of taste; GrassLands Brewing Company Green Kiwi Blonde which I did not like (I thought I would, but nope); and M.I.A. Beer Company Blue-berry Golden Ale, which was good but I don’t like Blueberries.

The fun thing about this flight is the beers were actually Red, Green and Blue.

After that we headed over to the Festival Center which was home to the Craft Drafts booth and the Shimmering Sips booth.

From the Craft Drafts booth we got a flight which included Central 28 Beer Company Waff-Ale which tasted like a soft pretzel more than a waffle. I like this one a lot and spoiler alert I didn’t like the other two. The others were Bold City Brewing 1901 Roasted Red Ale and Florida Beer Company Passport Triple Chocolate Milk Stout. 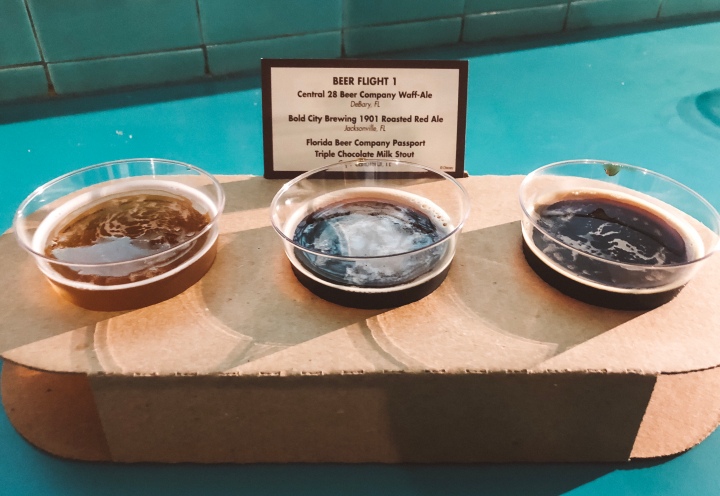 And the last thing we got to try during this trip was the Frozen Mimosa or the Fromosa. It was good, I would get it again but there are three other mimosa’s that I still need to try throughout the festival. The Fromosa was made with Whiteclaw Lime Hard Seltzer and it tasted very much like Strawberry Limeade. It was very tasty. 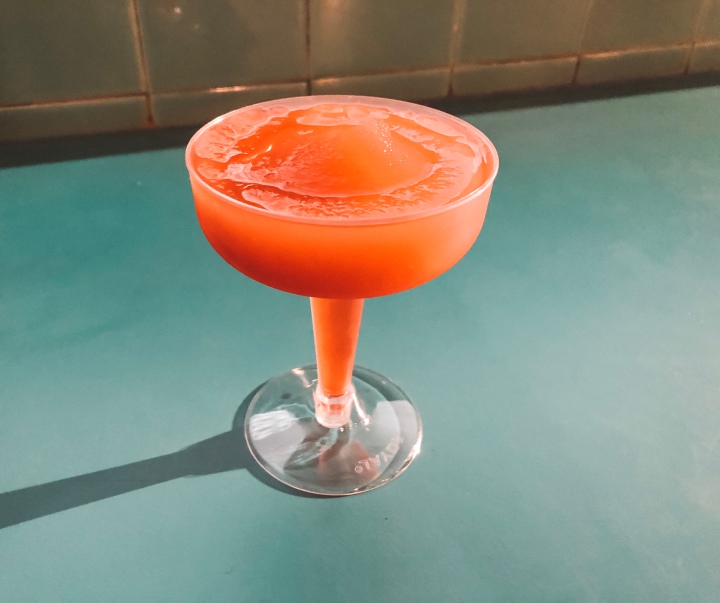 And that’s it for our first trip out to Food & Wine this year. So far, I am more impressed with the choices this year than last year. Not listed is the Loaded Mac n Cheese which we’ve had in the past and I had before this trip, it’s always a must.

If we make it back again to try items we didn’t get to try this time around I’ll be sure to write about it! Hope this helps during your decision making process of what to eat and drink around the world!

This site uses Akismet to reduce spam. Learn how your comment data is processed.